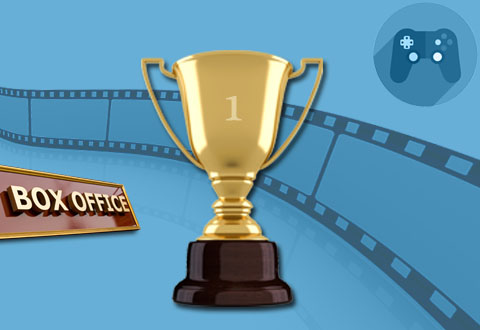 The Most Successful Video Franchises in History

Franchising has proven to be a lucrative and efficient business model during the past several decades. For both franchisors and franchisees, a movie franchise and video game franchise are two well-known examples of franchising. In this article, Video Caddy explores the definition and history of franchising — and introduces a more recent franchising alternative: Video production franchises.

What Is a Franchise?

Franchising is a business model that involves the use of a licensing relationship to expand a business. The party granting the license is called the franchisor; the individual or company receiving the license is a franchisee. The franchisor provides a trade name as well as an operating system and support. Franchisees typically agree to legal guidelines as to how the franchised product or service will be distributed to the public. Some of the best-known companies throughout the world use franchising as a key part of their business strategy — examples include McDonald’s, Subway, Pizza Hut, Denny’s and Hampton Inns.

The earliest origins of franchising can be traced to the Middle Ages when King John granted franchises to tax collectors. The business history of franchising began with a formal relationship between German brewers and beer halls during the 18th century.

In the United States, the Singer Sewing Machine Company began a more widespread use around 1863. However, a franchising boom did not occur until restaurant franchising took off during the 1930s. In today’s market, franchising is particularly prevalent in service industries such as the video industry.

Hollywood and the entertainment industry have used different iterations of the franchise model because of the multiple media and businesses such as video games, films, television, literature and movie theaters. As a result, successful movies and their sequels are often referred to as “franchises” even if the name is not entirely accurate.

The “Fast and Furious” franchise has been in recent news and has produced gross receipts in excess of $1.2 billion in domestic markets. However, these results are overshadowed by the current Top 3 franchises of Marvel superhero films ($2.95 billion), “Harry Potter” ($2.4 billion) and “Star Wars” ($1.9 billion).

It should also be noted that a popular video-rental franchising business — Blockbuster — has largely disappeared from the scene. As with any business, nothing remains popular forever.

Distribution channels for renting both video games and movies have been impacted by changing consumer tastes and product obsolescence. Instead of a local video store such as Blockbuster, many consumers now rent their video entertainment from Redbox kiosks located inside and outside of various retail stores.

How to Start a Video Production Franchise

A new franchising opportunity that builds upon contemporary tastes and viewing habits is a video production franchise — providing a variety of video services for live productions, family events, commercials, duplication, marketing and other video specialties. One major benefit of this approach to video production is that it can start small as a part-time venture operating out of the home and expand as circumstances dictate to include more equipment and a production studio.

What are your experiences with franchising and video editing services? Please share your thoughts by leaving a comment below and then use the social icons to send your comments to social media circles.