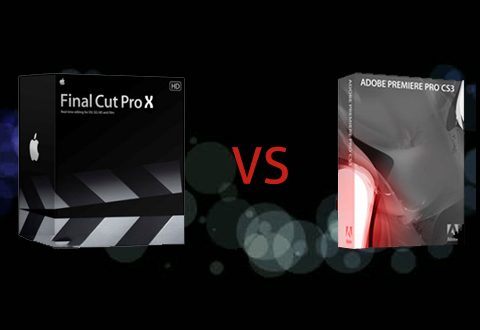 Both Apple Final Cut Pro and Adobe Premier Pro are well-known video editing programs. However, which program offers the best features for the price? Read on to learn about both the advantages and disadvantages of these video editing software programs.

Apple Final Cut Pro X offers a variety of features that includes auto save, background rendering, and the ability to auto-analyze and fix shots that contain poor audio and/or shaky shots. Adobe Premiere Pro CS6, on the other hand, offers facial detection, keyboard shortcuts to save time and a full workflow solution. Additionally, Premier Pro’s tools are similar to the ones used in other popular programs such as Adobe Photoshop and InDesign. Moreover, it also integrates strongly with Adobe After Effects, Photoshop and the rest of the Adobe suite.

When it comes to features, Final Cut Pro X unfortunately offers fewer features in the latest version of this software. Premier Pro literally has a plethora of features and can provide users exactly what they need to create a good looking video. In short, you can almost customize everything with Premier Pro, but you certainly cannot with Final Cut Pro X.

This version of Final Cut Pro also does not have an important editing feature known as track editing. Instead, it has a feature called layer editing and in turn, navigating around video clips is a bit more difficult. On the other hand, Premier Pro still features this important track editing feature.

All that said, when Final Cut Pro X is partnered with Motion, another product from Apple, the customization options are almost endless. For example, you can create customized titles, customized effects, and much more. The Apple Compressor program can also be added to the software for additional functionality.

Premiere Pro Vs. Final Cut Pro:  How much do these programs cost?

Premier Pro at $650-$800 costs more than the Final Cut Pro X software at $300.  However, when it is paired with Apple Motion ($50) and Apple Compressor ($50), the price rises accordingly. As Premier Pro offers more functionality, it is the better choice for editing professionals. If you are more of an amateur film and/or video editor, perhaps you may want to consider purchasing Final Cut Pro X. That said; it may be worthwhile to look into other editing software that comes in a cheaper price point if you only edit on a casual basis.  Free trial versions of both Premier Pro and Final Cut Pro X are also available to consumers.