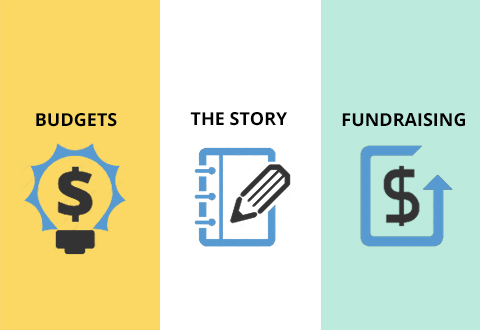 When young people aspire to animation or film-making, they often have a very closed idea of how a professional film and video is made, whether it’s live action or animation. A common misconception is that everyone just makes everything up, improvising their way through a film or cartoon.

Now, this does happen – Entire feature films have been made using an ‘improv’ aesthetic that has everyone just riffing on general ideas and making up lines and plot points. It even works, sometimes. But this is an exception, and an exception that’s done as a specific artistic statement for a specific project. In general, the one thing that few people think about when they’re merely aspiring to film making careers is storyboarding – and yet storyboarding is perhaps the most important part of the planning for any film project.

Number one, creating a solid storyboard for your film or video will save you money and make your budget stretch further. There’s a simple reason for this: You’ll be able to approach every shot with your composition, your blocking, and your shot sequence already planned and visualized. You’ll be able to show actors, animators, and everyone else working on the project exactly where they should be, how they should move, and what the final shot is supposed to look like.

The long and short of it is, instead of wasting time figuring out angles and lighting, it’s all done. You did the work cheaply while sitting at a desk a few weeks or months earlier, and as a result you don’t have to pay for it now, when it’s ten times as expensive – and much more difficult.

The Storyboard Effect: The Story

Storyboarding is also a powerful editing and story revision tool. No story ever leaps directly from the frantic outline to the finished film or video without being revised. Plot holes, logic errors, and characterization refinements creep in at all stages as you realize mistakes and see opportunities to improve scenes or eliminate fat from your story.

Storyboarding forces you to work through each moment of the story with its associated visuals and stage directions and almost always exposes clunky moments, illogical plot twists, and other defects in a story, because it’s the first time you have to actually take your ideas and make them work visually together. Without a storyboarding process, these problems will be hidden until you’ve got animators at work or actors on set – and then it’s much more difficult to solve the problem.

Whether you’re meeting with deep-pocketed investors over a film project or launching a KickStarter campaign to crowd fund an animated film, a polished storyboard is also a powerful fundraising tool. People like to see where their money is going, and a finished story excites fans and inspires them to invest in order to see the finished product.

For more formal investors, a storyboard shows them that you have a story and you have all the shots planned. It demonstrates commitment, planning, and control that inspire investment.

Storyboards might seem like an old-school, but things like this survive into the digital age for very good reasons. If you’re planning a video or film project, animated or live-action (or both), do yourself a favor and create a polished, complete storyboard. You’ll thank yourself later.