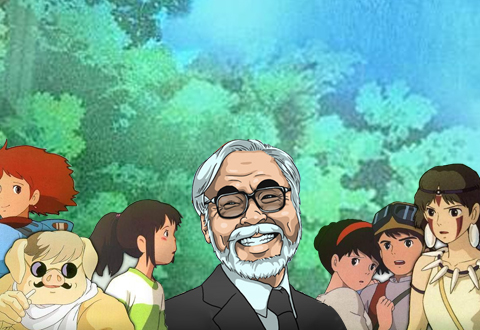 World’s Only Animation Auteur Hayao Miyazaki Does His Own Storyboarding

When famed animator and manga artist Hayao Miyazaki announced recently that his latest film, The Wind Rises, would be his last, no one could blame him. The 73-year old artist has been working for sixty years at the highest creative levels, turning out some of the most stunning and celebrated animated films in history, including Spirited Away, which won the 2002 Academy Award for Best Animated Film – and is the highest-grossing film in Japanese history.

Miyazaki is famous for the time he devotes to his projects, often spending years working on a single film. While no one can argue with the amazing quality of his animation and the spirit of his imagination on display in his films, many people are surprised to learn that one reason his films take so long is because Miyazaki does his own storyboarding work.

This is highly unusual. Storyboarding – especially when done by hand – is incredibly time-consuming, and is often delegated to collaborators or a staff by high-level animators like Miyazaki. That he spend so much time and attention creating the storyboards for his films tells us two things: One, that there is a clear relationship with the care taken with storyboarding and the quality of the final film, and two, that Miyazaki is perhaps the only true ‘auteur’ working in an animated film.

The Auteur Theory dates back to the 1950s. Auteur is French for ‘author’ and the theory states that the Director of a film, despite the huge number of others contributing to the project, is the defining and guiding voice of the film and should be regarded as the author of the work. You rarely – if ever – hear this term applied to animators, because animation, even more so than live action films, requires a team of artists who are often quite talented in their own right.

But Miyazaki is remarkable not  only because that he insists on creating his own storyboards, but that he also reviews every single cell of the animation created from those storyboards – and often re-draws them if he is not satisfied with the artist’s work, or if he feels his vision has not been conveyed properly. This is why he’s often referred to as animation’s sole auteur – because he has complete control over every image seen in the final film.

You can purchase bound books of Miyazaki’s storyboards, although they are published by Japanese publishers and may be difficult to find in the U.S. Reviewing them demonstrates just how fully-fleshed Miyazaki’s ideas are before he even has a single cell of the film produced. While most animated films work from storyboards, they are frequently used simply to outline the film and demonstrate desired angles and compositions – Miyazaki’s are more like works of art in themselves. One could enjoy simply flipping through his storyboards.

Very few animators approach this level of artistry – and it’s a sad day indeed when someone like Miyazaki retires.