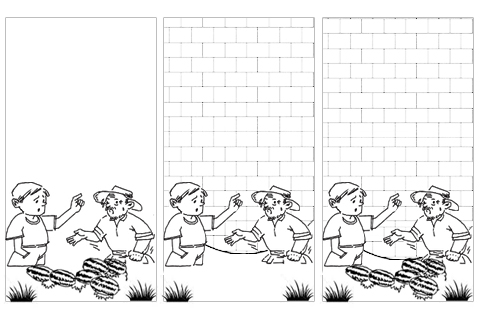 Every aspiring or working film-maker knows that storyboarding is an essential tool in planning your project, whether you actually work directly from the storyboards or use them as a guide and loose inspiration. Some film-makers turn in finished projects that are a 1-to-1 match to their storyboards, others turn in films that are essentially dream images of the storyboards they created. Storyboarding is more or less an art unto itself and storyboards are often considered to be standalone works of creativity, separate from the final film they inspired. Storyboards are therefore all unique and special, but each of them have some basic design elements in common.

These design elements are important, because they represent the fundamentals of a storyboard. In other words, they are the ‘DNA’ of storyboarding, and while different creative folks might use storyboards in different ways or approach some aspects of them uniquely, almost all storyboards will have these basics.

As such, the frame should be carefully considered. It should match the proportions of the film – 4:3 or 16:9 or whatever the ratio will be. Otherwise what’s drawn in the storyboard may not fit into the frame of the camera – or may not fill it, leaving lots of useless background crowding out the important bits.

The Description Panel is an element of the storyboard where notes on the sequence are written. It is sometimes located on the same page as the frame, sometimes on the opposite side of a spread. A Description Panel isn’t an absolute requirement, and many film-makers who do their own storyboarding don’t bother, because they have all the necessary notes in their head. But a Description Panel is infinitely helpful to cinematographers and other technicians working on a film, as it explains what they’re looking at and gives insight to what the Director is trying to accomplish.

From a design standpoint, storyboards have several common options for the arrangement of the frames and notes:

Storyboarding is often unique to the individual film-maker, who generally creates them according to their own preferences and thought process. Even so, these basic design elements will more than likely be present in all storyboards.