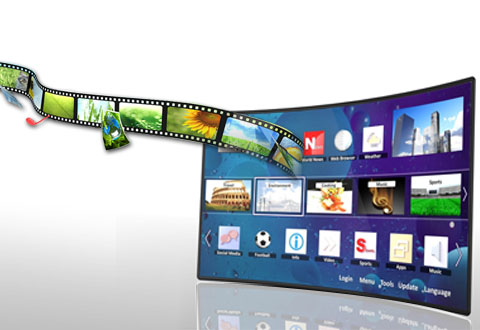 Video streaming involves video and audio content delivery via the Internet. The video streaming concept seems to make news on a daily basis. For example, HBO and CBS recently introduced paid services for distributing their content to subscribers via a streaming business model that does not require consumers to have traditional cable television. Netflix and Amazon already have streaming services, and now Apple is working on a comprehensive streaming service that would involve live video streaming from major broadcast networks as well as ESPN.

With any video streaming definition, one universal element involves distributing Internet content to consumers — usually via broadband or other high-speed connection rather than traditional cable television. With today’s video streaming technology, content can be delivered to desktop computers as well as mobile devices and television sets by using streaming equipment such as Roku devices and Apple TV. Webcasting is a form of video streaming that refers to broadcasting original content — often to a business or educational audience — over the Internet.

Streaming broadcasts can be either recorded or live, although live video streaming does involve special challenges. With streaming, consumers do not need to wait for an entire file to download before viewing — the content is transmitted in a continuous stream that can be played upon arrival. Since consumers increasingly want to watch content of all kinds on their own schedule, a critical component in video streaming is typically the ability to watch on demand — examples include video on demand (VOD) and audio and video on demand (AVOD).

Advantages and Disadvantages of Streaming Videos

There are both pros and cons to be considered with video streaming. Here is a short overview.

Advantages — The “pros” of video streaming include instant viewing, more security for content publishers, no need to use hard drive or memory space and no long download times. As content providers create more “apps” and dedicated devices for delivering the video streaming product, more advantages are likely to appear. An increasing number of users are choosing to totally replace expensive cable television services with video streaming services.

Disadvantages — Video streaming “cons” include variable quality that depends on the connection, copyright issues and potential interference by broadband providers. While an increasing amount of video streaming content is distributed with “high definition” qualities, the viewer’s “reception” can be erratic and result in poor quality or periodic pausing or stopping.

While Netflix did not create video streaming, it has provided significant momentum due to the number of monthly subscribers — recently reported by Statista as more than 60 million on a worldwide basis in early 2015. Netflix is still adding new markets and recently expanded to Australia and New Zealand. The rapid growth of video streaming popularity is apparent since Netflix started its video streaming service with about 21 million subscribers in 2011.

Consumers are demonstrating multiple examples of an upward trend in video streaming habits. According to a Goldman Sachs survey reported by HedgeFundLive, American video streaming has increased from 16 percent of viewers in 2010 to 27 percent in current data. In a recent development, Amazon announced they will be launching in-flight entertainment with free video streaming on JetBlue later this year. HBO, CBS and Apple have all announced video streaming projects within the past six months.

Streaming media is still using a relatively old concept of “buffering” to transmit multimedia content. This refers to sending a reservoir of data that is large enough to act as a “buffer” against playback bumps. In particular, this still exposes playback quality to irregularities due to network congestion, server sluggishness and the speed of your Internet connection.

Some buffering problems are not just due to the Internet. A few media companies that operate both cable television and broadband networks — notably Comcast in recent news — have attempted to charge Netflix and other video streamers substantial fees for delivering video content with the best quality. The concept of “net neutrality” is designed to protect the rights of both consumers and video streaming companies by eliminating “quality charges” such as these.

In any case, video streaming quality will typically improve with more bandwidth (sometimes known as Internet speed). It is measured in megabits per second (Mbps) and refers to how much data can be transferred to your devices in one second.

How to Create Streaming Video

If you want to distribute content via video streaming, you must encode the content into a special streaming format and then use a streaming server to send the content to your subscriber. For many businesses, the content will often be a recording that you make or produce in conjunction with a live webcast event. You can choose among a wide variety of file formats that are compatible with video streaming — Adobe Flash, MPEG-4, QuickTime, Real Media and Windows Media are five examples. If you need help, experts like Video Caddy are familiar with all requirements for producing streaming video.

While many businesses are undoubtedly familiar with the importance of “explainer videos” and video content created for YouTube and Vimeo, video streaming and live video streaming are more specialized ways to communicate with your audience. Today’s knowledgeable consumers have high expectations for streaming media and are likely to appreciate your company’s willingness to deliver content with video streaming. To ensure that you deliver the best possible quality at a reasonable price, consider outsourcing your video editing needs to Video Caddy.

Please leave your comments about video streaming below and then pass along your thoughts by using the social media buttons.